Restaurant Week. Theater Week. Ideas Week. Chicago is rich in themed “weeks,” so why add another one?

Because Chicago’s museums and cultural destinations connect us with art, culture, history, science, animals and nature. It’s a chance for audiences to discover a new museum in Chicago, or rediscover a favorite one. And it’s an opportunity for museums across Chicago to come together to celebrate our shared goal of connecting audiences to Chicago culture.

To answer that question we have to go back to 2015, the inaugural Chicago Museum Week. The Chicago Museum Week initiative was meant as a rallying cry to support a city filled with incredible cultural institutions. Marketing representatives recognized that marketing consortia have success when they make ties to their geography (shout-out to the great Houston Museum Experience). We hoped that a week of discounts and programming would encourage audiences to rediscover their favorite museums and make new memories. And it worked.

In its second year, marketing representatives from museums throughout Chicago have been working together as one unit to develop a fresh hook, plan robust social media outreach and analyze and build on last year’s media reach (133 placements, resulting in 20.6 million audience reach). 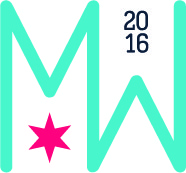 The most challenging hurdle for any “Second Annual” event is developing a hook. “First Inaugural” is an exciting message for press and visitors, but what does the museum visitor receive by participating in Chicago Museum Week, year two? Our solution: Offer an incentive, and invite partners to participate.

In an effort to make the promotion clear and digestible to audiences, it was agreed that each participating institution would offer 10 to 25 percent off admission for Illinois residents. The final savings was at the discretion of each individual organization. Marketing teams recognized that admissions savings coupled with programming could help push a prospect over the line to become a visitor. The admission discounts for the participating museums are as follows:

Many Chicago museums are Museums for All members, which offers individual admission fees ranging from free to $3 to individuals and families that present an Electronic Benefits Transfer card and a valid form of photo ID.

Chicago Museum Week was founded by the Museums in the Park coalition of 12 museums on Chicago Park District property. But Chicago is home to many more museums. From the Chicago River to outsider art; modern design to a historic home, these museums share important perspectives on topics sometimes left out of major institutions.

Museums have been leading the charge in creating shareable inventive social media content. Look no further than LACMA’s pop-culture infused Snapchat stories, the NY Public Library’s Emoji Bot, or a personal favorite, the 1840’s GIF Party organized by the Tate. There are thousands of great examples of museums embracing social media to show off their collections and engage their visitors.

Today kicks off #ChicagoMuseumWeek, and we can barely contain our #ChicagoPrideCMW thanks to this skyline view! pic.twitter.com/tSs6ZbS6JW

Happy #ChicagoMuseumWeek! What museum will you visit today?

This task force worked together over several months to set goals, a clear communication plan and a social media hook to encourage audience participation.

Although the media numbers were impressive for the first Chicago Museum Week, we wanted to take social media engagement to the next level. With this in mind, we developed daily hashtags, modeled after the wildly successful International Museum Week, which plays out on Twitter each April. Themes like #CoolCMW, #ChicagoPrideCMW, or #BestEverCMW are intended to encourage audiences to interact during their visit by sharing their memories of Chicago museums and the city itself.

A toolkit was written and distributed to marketing and social media managers at each participating organization. By consolidating the information in one place, we’ve encouraged each organization to utilize their channels in a way that makes sense to them. (Not on Snapchat? No problem!) Analytics will tell, but we hope that the Chicago Museum Week experience will extend digitally, so that even those unable to physically visit can participate.

Tara-Jeanne Kosloski is the Membership Marketing Manager at the Chicago History Museum, and part of the Social Media Task Force for Chicago Museum Week. Prior to relocating to Chicago, Tara worked in marketing and corporate relations at the Albright-Knox Art Gallery. She has an M.A. in Arts Management from SUNY Buffalo.