Dr. Adrian Burgos, Jr. is Editor-in-Chief of La Vida Baseball, a new digital media platform that will tell authentic Latino stories about baseball through original video, written and social content, in a partnership between the National Baseball Hall of Fame and TeamWorks Media. La Vida Baseball will bring the Hall of Fame’s sights, sounds and stories to an audience well beyond Cooperstown, providing an important perspective on what makes baseball an integral part of the Latino experience.

Two summers ago I took my two daughters to the National Baseball Hall of Fame for their first true visit. We are a family that enjoys hitting the museums. This visit was different. Not only did one of their grandfathers accompany them, my girls were going to personally witness the subject of their dad’s work: Latino baseball history.

The timing of our Cooperstown visit could not have been better. It was early summer in the picturesque village nestled along the lake nicknamed Glimmerglass where just about every storefront along Main Street seemingly exudes baseball. We had two exhibits on our must-see agenda: the permanent exhibit ¡Viva Baseball!, and the special exhibit of Osvaldo Salas Photographic Collection featuring photos of Orestes “Minnie” Miñoso, Luis Aparicio, 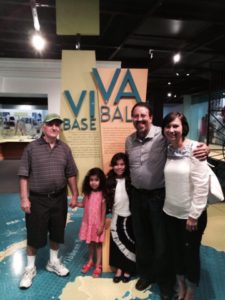 and Orlando Cepeda, among other Latinos of 1950s baseball.

The two exhibits fascinated the girls as they provided me the chance to share stories about Latino involvement in baseball on and off the playing field. This history was personal for my girls. Baseball connected the three generations of our family visiting the museum: from their grandfather’s fandom since his youth in Puerto Rico through the love of baseball shared by their parents born and raised stateside and now being passed down to them.

But what really made the visit memorable was the Hall’s vault. There we put on white gloves and held pieces of baseball history: Ted Williams’ bat marked with the stitches of baseballs he struck; Babe Ruth’s bat; one of my favorite ballplayers Dave Winfield’s cap.

La Vida Baseball: A New Approach to the Museum

Entering the Hall of Fame’s vault is an extremely rare treat. The vault visit was a first for not just my girls, but also for me—I had been coming to the Hall to conduct research for over two decades.

La Vida Baseball represents a continuation of the Hall of Fame’s mission “to preserve the sport’s history, honor excellence within the game and make a connection between the generations of people who enjoy baseball.” This new multimedia platform will amplify a niche within the global baseball story – the Latino baseball experience in and beyond the majors. Through engaging content across platforms, the Hall will bring these stories to new generations of fans.

My excitement about La Vida Baseball is driven in part by how our partnership with the Baseball Hall of Fame provides a great way to extend the Hall’s amazing collection beyond the walls of the museum and bring it onto on the web and into social media. La Vida Baseball widens access for fans to engage the museum in a twenty-first century manner, virtually through compelling original video as well as written content that connects the past, present, and future of Latino baseball. 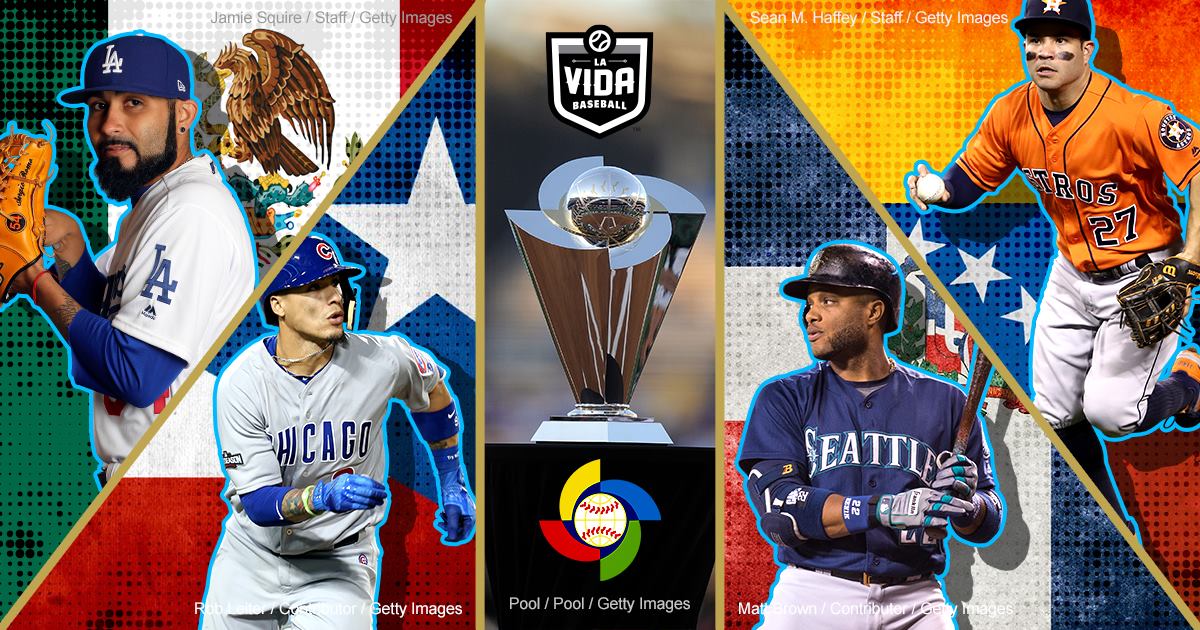 La Vida Baseball recast the familiar stories of baseball through a unique perspective to produce compelling stories about the past, present, and future of Latinos and baseball. Telling the stories contained in the Viva Baseball exhibit, in the Hall’s different galleries, or in the vault in creative and engaging ways helps to bring Cooperstown to fans. The storytelling permits visitors to learn about how the artifact came to be part of the Hall’s collection, and also about the meaning that the glove, uniform, or photo had for the player, the fan, or whoever donated it.

That this is told through a Latino perspective is unique and timely, especially given the presence of Latinos at the major and minor league levels and also among those enshrined in the Hall with the recent addition of Pedro Martínez and Ivan “Pudge” Rodríguez.

Moreover, it is a rather unique relationship Latinos have to baseball and the American story. Latinos are the only immigrants who didn’t have to learn about baseball after they arrived in the United States. The game is imprinted on our cultural DNA, particularly those of us around the Caribbean Sea basin. This became clear when I asked my uncle “Tonio” whether he knew a Puerto Rican named José Antonio Burgos had played in the Negro Leagues. His response left me dumbfounded: “yeah, your grandmother named me after him.”

I never knew about the backstory to my uncle’s name, and only learned about it after having written my first book Playing America’s Game—which was the reason for our family’s gathering. There are many more such stories among Latinos, hidden because the questions were never asked or because the nuance and meaning was lost in translation.

The partnership between the Hall of Fame and La Vida will allow us to explore similar stories about the passion of Latino baseball’s past, present, and future. We want our visitors to learn about the life of Latinos and baseball, rather than just cite historical facts and numbers. It’s the spirit of community we aim to capture at La Vida, from music to food to life just off the field.

Just as important is our approach to creation of and sharing stories at La Vida. Our research shows that the majority of US Latinos consume their news via social and in English. Moreover, according to an ESPN poll, over 60% of US Latinos identify themselves as baseball fans. La Vida Baseball thus represents part of the Hall of Fame’s effort to meet Latinos where they are. Similarly, our La Vida team is bilingual, and we’ll often be interviewing players in the language they feel comfortable communicating, English or Spanish, sometimes a mixture. That is the experience of Latinos, those born and raised in the States as well as those who immigrate to play baseball or other opportunities in the United States.

The stories La Vida tells resonate with the issues Latinos encounter in their everyday experience conveyed through the niche of Latino baseball culture. We tell stories that have gone untold for so long and at the same time really stay current with the Latino players who are making significant impacts in the game of baseball today and in the future. It’s what connects Puerto Ricans Roberto Clemente and a Javy Baéz, Cubans Martin Dihigo and José Fernández, Dominicans Juan Marichal and Pedro Martínez, and Venezuelans Luis Aparicio and José Altuve, among many other Latino stories. La Vida’s approach and content is what put a sparkle in my daughters’ eyes when they saw and heard the first video: it’s the familiar and amazing of Latinos, baseball, and the Hall of Fame brought into our casa.