In our most recent Museum Revolution post, I shared a case study profiling the Newseum’s Rapid Response Team, which effectively capitalizes on current news and events to further its mission. Now it’s time to help you make the case in your museum about why your version of a “rapid response team” would benefit the organization.

Before you attempt to adopt some or all of the advice in this post, you should ask yourself the following questions about your organization’s culture:

If the answer to any of the above is “no,” you must first deal with those issues. Some are easier to address (outsourcing storytelling) than others (reducing bureaucracy). If your culture promotes experimentation and encourages expanding the reach of the museum’s mission in innovative ways, read on.

Why a Rapid Response Team Makes Sense for You

Relevance is more important than ever for museums. Scott Williams, Newseum’s chief operating officer, points out that the 20 museums ahead of Newseum in attendance in D.C. have one thing in common — free admission. Newseum charges $22 per person, and its relevancy to what’s happening in people’s lives today is critical to connecting with them.

You likely have many of the same or similar roles within Newseum’s Rapid Response Team among your staff. So, if you’re inclined to be the change agent at your museum, here are five ways you can make the case:

1. It Directly Relates to the Mission

Your mission isn’t some abstract idea dreamed up a long time ago. It’s living and breathing, and affected by current events and trends playing out beyond the boundaries of your museum walls. Whether your subject is modern art, American history or archaeology, every day there’s something in the news cycle or pop culture that can be creatively tied to your mission.

Your team’s knowledge of that subject matter is your currency for relevance. They can connect the dots on why your museum matters and how it relates to real-world events. And they can execute on content creation and promotion.

Taking the next step of inserting your voice into content you create and social media conversations you spark, and creating more connections with the influencers in your field, is a culture shift. Yet it can also present your institution as a thought leader, increase your presence on Web search engines, significantly impact your social media following and create connections to people you want to be connected to — digitally and physically.

2. It Connects Programming Within, and Beyond, Your Walls

The Newseum’s Rapid Response Team’s integrated approach to topical issues penetrates the heart and soul of that institution. When relevant news or events, like whether or not the FBI should have a right to break into an IPhone, the team’s approach goes far beyond relevant content for their owned-media channels and social media polls. Exhibits — both permanent ones set up for quick modification and temporary pop-up presentations — are modified extremely cost effectively. And guest speakers are brought in to discuss the issue.

At the #Newseum: “Are journalists doing enough to hold presidential candidates accountable for their statements?” pic.twitter.com/HOwp0krwX1

Generating this connective tissue through collaboration is worth consideration. Target audiences like teachers and journalists get access to relevant, timely, objective perspectives. Intrigued consumers get a voice digitally. Museum attendees marvel at the fresh relevancy and are able to learn and contribute to the conversation. Everyone wins.

Most of you have a social media presence. Some of you create content for blogs or your museum website. But that doesn’t mean it’s good. To paraphrase a recent quote from content marketer Jay Baer, you don’t decide what quality content is, the marketplace does.

By creating relevant, mission-related content that capitalizes on current cultural events and news, you’ll become more relevant to many people who will never set foot in your museum (let alone the all-important SEO rankings). 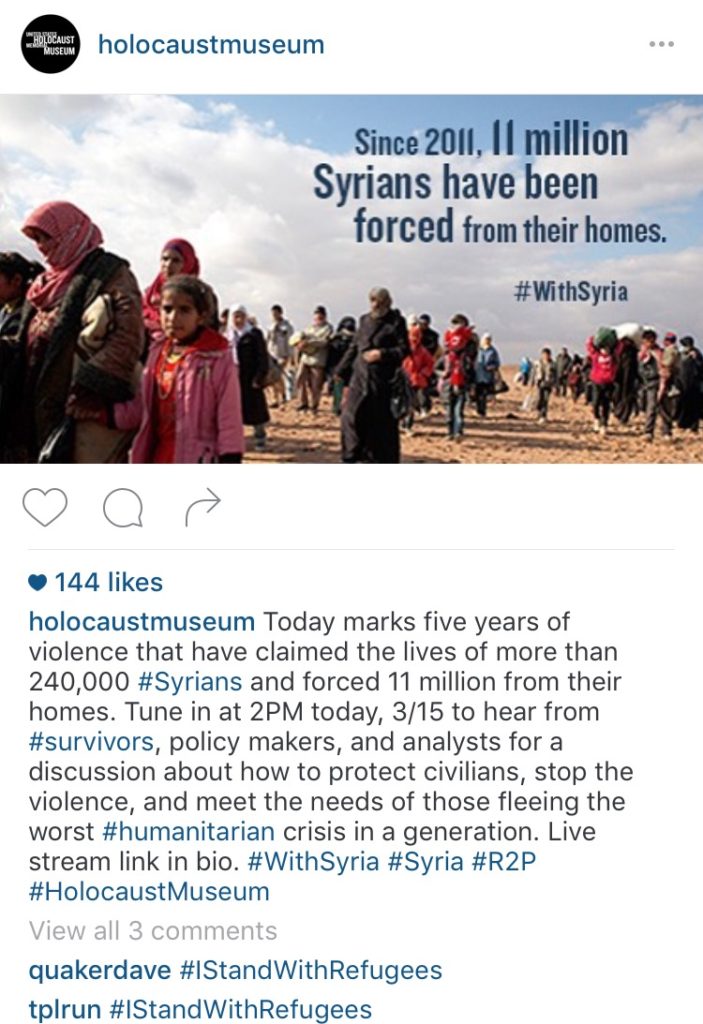 The United States Holocaust Museum has admirably connected their content strategy to the broader and timely issues of human rights and genocide prevention, opining on major events like the Syrian refugee crisis.

The British Museum rode the World Cup soccer craze in a way that presented their collection to a new audience. At TeamWorks, we capitalize on college basketball’s March Madness with our own purpose marketing campaign tournament, called #MarchAdness. The brand-awareness lift for the examples above has been significant. 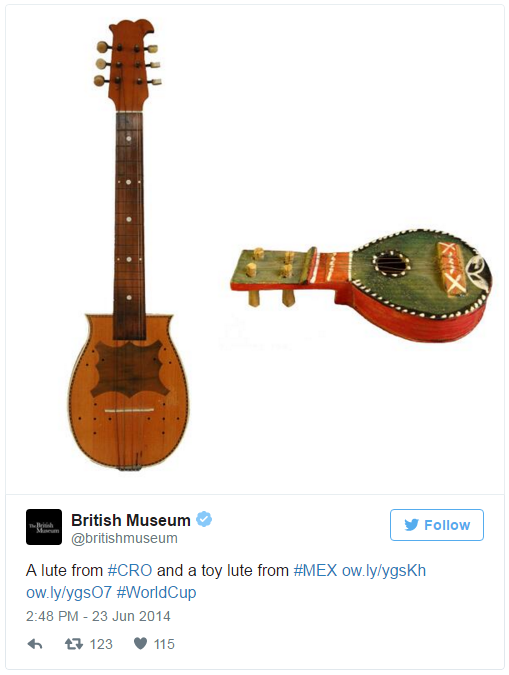 For the Newseum, their Facebook following has blossomed to nearly 100,000. They run four separate Twitter feeds targeted to various target audiences. More importantly, they contribute and listen to relevant conversations.

Consider the Charlie Hebdo attack in France in 2015. A social media manager saw a conversation among French ex-pats seeking a place to hold a candlelight vigil. Newseum jumped in to offer their place since it was at the heart of a First Amendment issue. More than 500 people attended. Media covered the event. Word spread. The French Embassy then reached out to host an event at the Newseum.

Great things happen when you’re on-point, genuine and part of the conversation as both a convener and contributor on your relevant subject matter.

4. It Earns Trust With Target Audiences

By creating timely, relevant content tied to key issues, it’s becoming a trusted resource for journalists and thought leaders on the First Amendment. The quality of the content lifts the brand name and, ultimately, a connection to the people they care about most.

Being viewed as a relevant content creator opens doors to create partnerships, amplify content and provide unique access to influencers in your space that can pay you back in any number of ways.

5. It Impacts the Bottom Line

Improving social and digital media engagement, brand relevancy and inbound requests directly related to your mission have an impact on potential grants, elevated sponsorship value and, yes, reasons to return to museum.

Considering that, statistically, the majority of people interested in your museum’s subject matter likely will never be able to visit your museum, I invite you to lean in on building your own version of a rapid response content team.

If you’ve got questions, feedback, insights or case studies on timely content creation for museums, I’d love to hear from you. Contact me on Twitter @_JaySharman or e-mail me at Jay@TeamWorksMedia.com.